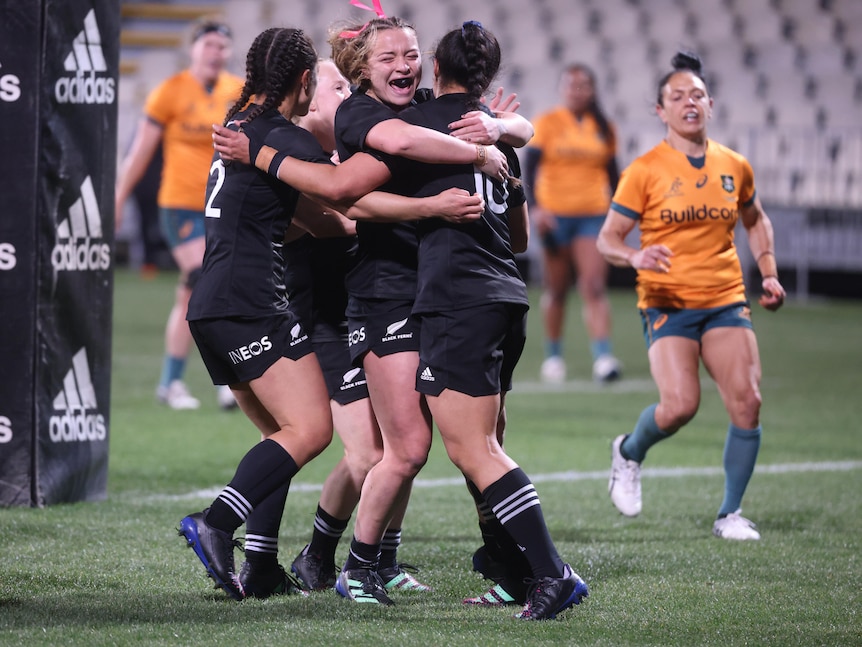 New Zealand has embarrassed Australia and reinforced its Rugby World Cup credentials with a resounding 52-5 O’Reilly Cup victory in Christchurch.

On this evidence, the Black Ferns will take some beating on home soil in October’s World Cup, having dished out the Wallaroos’ heaviest loss in five years.

The Black Ferns were too strong in the scrum and devastating with ball in hand, playing at a pace the Wallaroos could not handle.

They scored eight tries to one to record their 21st consecutive win over the Wallaroos.

Veteran halfback Kendra Cocksedge was at her masterful best, orchestrating the win and claiming a try for herself as the home side ran riot.

After nine phases, Cocksedge dummied to score a fine try on the half-hour mark, capping a frenetic run of four New Zealand tries in 17 minutes.

After conceding another four tries after half-time, reserve Piper Duck scored the Wallaroos’ only points with a try in the final minute.

Ruahei Demant had earlier opened the scoring for the Black Ferns on 14 minutes, darting between Cecilia Smith and Georgina Friedrichs to score.

Quick thinking from the Black Ferns forward pack allowed Joanah Ngan Woo to go over from a lineout shortly after.

Ayesha Leti-I’iga grabbed a pair of tries after the break, the first a superb breakaway, and the second after a wide spread on the goal line.

The win is Wayne Smith’s fourth straight since taking on the Black Ferns coaching role, bringing an expansive brand of rugby.

The O’Reilly Cup concludes with the return leg in Adelaide next Saturday.

The trans-Tasman rivals are also slated to meet on the opening night of the World Cup, at Auckland’s Eden Park on October 8.