Cancelled flights have left travellers frustrated and stranded on Brisbane airport’s busiest day since the pandemic.

Parents Emma Turner and Kristy Raiti, their son, and his friend, have been trying to return from Queensland to their home in Victoria for three days, after their flight was cancelled on Friday.

On Sunday, the second flight they were rescheduled to board was also cancelled.

“They’ve rebooked us on a flight on Sunday morning, leave at 3am to get to the airport and just before boarding it flicks over to cancelled with no announcement, no comment,” Turner said.

She said Jetstar had provided a hotel for the family for two of the four nights they waited for their return trip, along with $30 each a day for food.

Stephen Beckett from the Brisbane Airport Corporation said flight delays and cancellations were becoming increasingly common as a significant portion of the airline workforce recovered from COVID-19 or the flu.

“Most frontline services at the moment are feeling the effects of the new wave of COVID, plus influenza,” he said.

“People are doing the right thing and not turning up to work when sick but that’s having an impact on service.”

Travel demand is also surging. On Monday, 65,000 people came through Brisbane Airport, 57,000 through the domestic terminal alone — the highest number of travellers since the pandemic began. 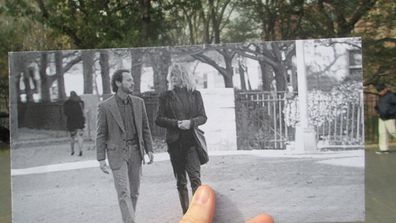 If the trend continues, traffic at the domestic terminal could surpass pre-pandemic levels in the coming weeks.

Those trying to book a same-day flight from Brisbane on Monday morning felt the pinch, with only Qantas offering direct flights to Sydney — for between $262 and $1840.

With limited airline tickets available, travellers are urged to book their seats as quickly as possible, and begin thinking ahead for the September holidays and Christmas.

“It is becoming increasingly hard to travel at the last moment so if you do have any plans, make sure you’re exploring them now because the seats may not be available when you want to travel,” Beckett said.