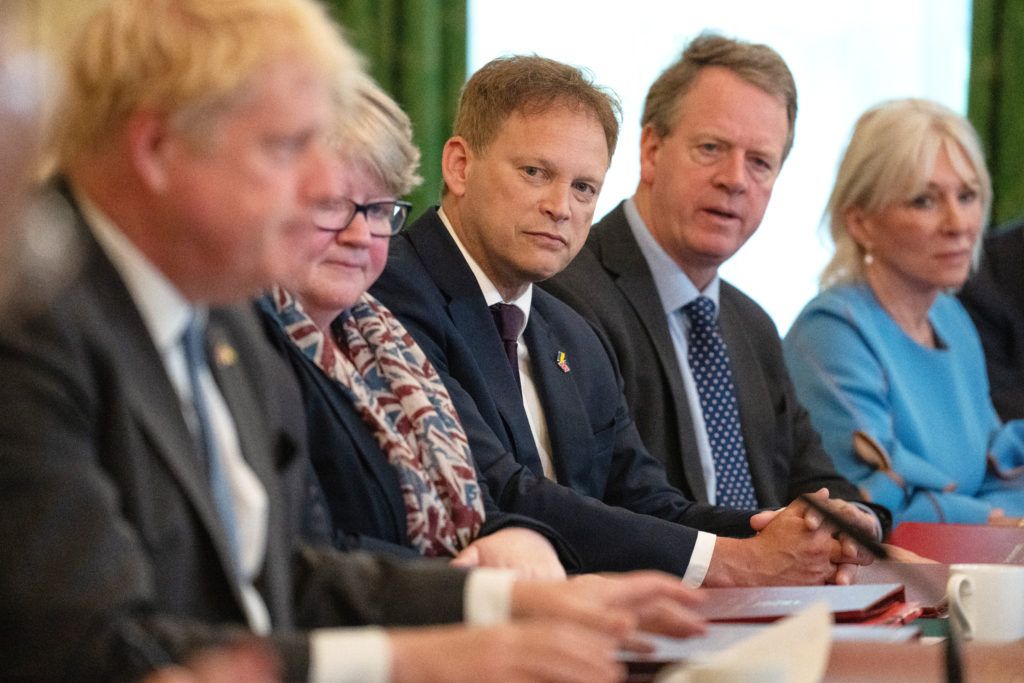 Tory leadership candidates have spoken about their experiences of defending Boris Johnson – and the British prime minister’s downfall – now they are free from the bind of collective responsibility.

British transport secretary Grant Shapps said he believes he played a part in convincing Mr Johnson to step down, and claimed one of the price minister’s flaws was that he was “almost too loyal to people”.

Asked about the run-up to Mr Johnson’s resignation by Sky’s Sophy Ridge On Sunday programme, Mr Shapps said he wanted to make sure Mr Johnson was “getting the facts” as “things were coming to a close” with his premiership.

“I could see that things were coming to a close. I didn’t want him to be … one of the problems in being a leader, eventually you get people around you who will just tell you what you want to hear,” he said.

Asked if he thought his intervention was “part of the reason” for Mr Johnson’s departure, he said: “Yes, I mean, it’s presenting the reality. So, yes, of course.”

Asked if the outgoing price minister is a man of integrity, Mr Shapps told Sky: “I think actually one of his failings was he was sort of almost too loyal to people.”

Asked if this included former Tory whip Chris Pincher, he said: “Pincher, people would have said (Dominic) Cummings, and other people.

“But, in the end, he was also quite brave. He’d take decisions that I think other politicians would have perhaps said ‘is that brave or is that reckless?’, and the quality of decisions is then really under the spotlight.”

Mr Shapps said he chose not to resign from his government job out of a sense of “responsibility”.

He also stressed he had defended the scandals coming out of No 10 in broadcast interviews out of duty to the collective responsibility of cabinet, adding: “I would expect the same from anybody in a future Shapps government.”

Meanwhile, Mr Javid told broadcasters he and Mr Sunak did not agree to send their ministerial resignation letters at the same time.

Asked by BBC’s Sunday Morning about whether the two resignations had been coordinated, Mr Javid said: “Not at all. I had no idea what he was going to do. I can understand what he did because I read his letter afterwards, but not at all.

“This was a decision made by me, no one had – even the closest advisers in my department – no one had any idea I was going to do this and it wasn’t about leadership or anything else.”

Asked why he did not resign when he read the Sue Gray partygate report, he said: “Throughout that period, I was giving the benefit of the doubt.”

He said he thought this was “the right thing to do”.

Asked if he always told the truth when he represented the government on the broadcast rounds, and if he believed what he had been told by Mr Johnson, Mr Javid said: “I trusted what I was being told.

“It turns out some of the things I was told – and I said this quite clearly in parliament when I made my statement – didn’t turn out to be true.

“Now, I don’t know why someone would have said something to me that wasn’t true. That’s a question for them. But I trusted what I was told.”

Collective responsibility is a constitutional convention which means all British cabinet ministers must publicly support government decisions, even if they do not agree with them privately.