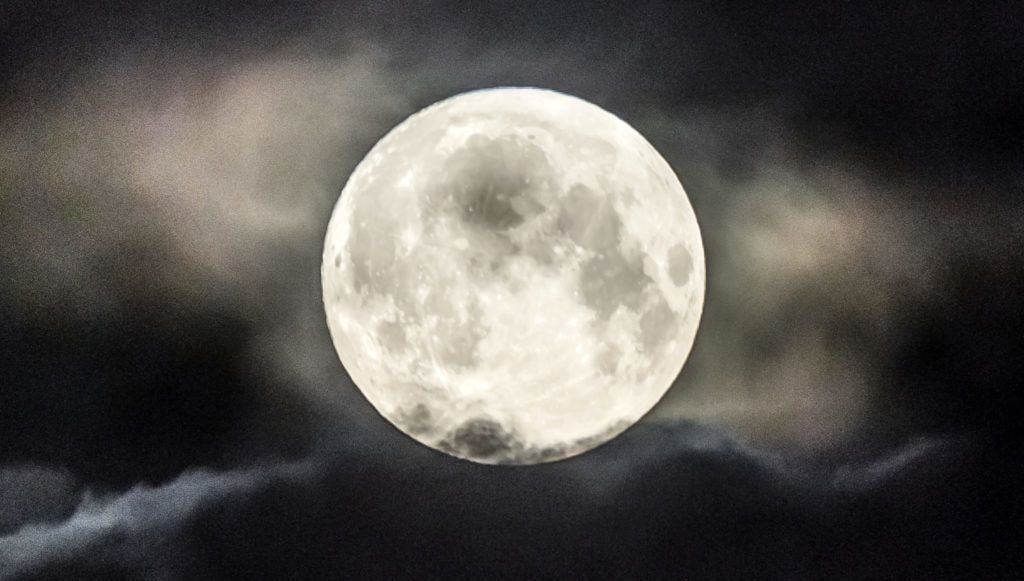 A “supermoon” is expected to appear bigger and brighter to stargazers on Wednesday night.

July’s full moon is known as the Buck Moon because male deer shed and regrow their antlers around this time of year.

The name came from a Native American system which uses the different months’ full moons as a calendar to keep track of the seasons, said Anna Ross, a planetarium astronomer at Royal Museums Greenwich, in south-east London.

She said: “The best time to view this supermoon will be any time during the night of the 13th July, when the moon will rise in the east just after sunset, and set in the west a little before sunrise.

“There is no particular location you need to be to observe this event as this is a bright full moon. As long as the night is clear of clouds it will be easy to spot whether you are in a light-polluted city or a dark area of countryside.”

She said a supermoon is the result of a full moon occurring when it is near its closest point to the Earth in its orbit.

This can happen because the moon orbits the Earth on an elliptical path, rather than a circular one, she said.

Ms Ross added: “As a supermoon means that the moon is a little closer to us, it will appear slightly bigger in the sky.

“The apparent difference between the size of the full moon at its closest and farthest points is only around 14 per cent and, although if you were on the moon its brightness wouldn’t change, being that bit closer, it also overall appears to be around 30 per cent brighter to us here on Earth.

“This supermoon can be referred to as a Super Buck Moon.”

She says there is no formal limit to how close the full moon needs to be to the Earth to count as a supermoon, adding: “Depending on your definition, you could say that 2022 has two, three or four supermoons, with everyone seeming to be in agreement that June and July’s full moons will both be super.”

The Royal Astronomical Society’s deputy executive director Dr Robert Massey said “there is a lot of these” supermoons, but added: “The moon is a beautiful object – it is a fantastic thing, go out and look at it and enjoy the view.”

He added: “So that’s when you should start looking but to see it then of course you need a perfect horizon, so you need to be looking out over a very flat landscape or the sea.”