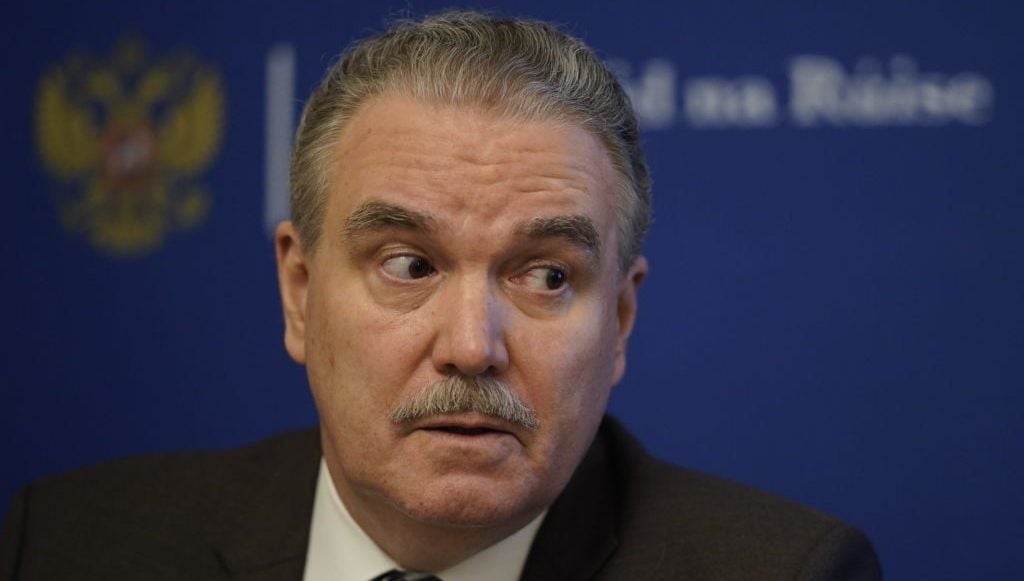 The Russian Ambassador to Ireland has criticised Taoiseach Micheál Martin’s visit to Kyiv in Ukraine, describing it as an attempt to “adopt high moral ground”.

In a statement published on Monday, Russian ambassador Yuriy Filatov claimed Russia “did not start the war in Ukraine” and said the West, including Ireland, had “crucial responsibility” for the current conflict.

It comes after the Taoiseach visited the Ukrainian capital of Kyiv last week, where he met with president Volodymyr Zelensky to discuss the war, along with Irish and European efforts to support Ukraine in the face of ongoing Russian aggression.

Mr Martin, who visited the war-scarred suburbs of Borodyanka, Bucha and Irpin on the outskirts of Kyiv, including the site of a mass grave, said it was “difficult to comprehend the devastation and inhumanity of Russia’s attacks.”

However, Mr Filatov on Monday claimed the visit “brought to light one of the signature characteristics of the Western attitude towards the situation in Ukraine – an almost universal desire of politicians and media alike to try to adopt high moral ground, depicting Ukraine as a victim of unprovoked and perfidious attack from its neighbour.”

“It has become commonplace, even obligatory, to accuse Russia, to quote the Taioseach, of ‘illegal and immoral war’,” he continued.

“Such moralising has been actively used in an attempt to disguise crucial responsibility of the West, including Ireland, for the development of crisis and ultimately current military conflict in Ukraine.”

Mr Filatov continued to describe Russia’s invasion of Ukraine on February 24th as a “special military operation” and blamed an “illegitimate regime” in Kyiv for starting the conflict in 2014, saying this government had been rejected by people in eastern Ukraine.

“Refusal by the West to genuinely support peaceful political settlement in the Eastern Ukraine – along with demonstrative ignoring by the US, EU and NATO of Russia’s proposals on security guaranties in Europe – has left Russian Government with no option other than to end Donbass suffering and protect Russia’s national security,” he said.

Ukraine and its Western allies have said Putin’s war is an imperial-style land grab.

Moscow denies targeting civilians but many Ukrainian cities, towns and villages have been left in ruins. Since the February 24th invasion, attacks on a theatre, shopping centre and railway station have caused many civilian deaths.