During a NSW Government estimates hearing it was revealed a science teacher at Randwick Girls High School in the city’s east found a metal box in the prep room with a “suspected hazardous material” last week.

“The advice I have is that this material was found in rock and mineral samples,” Education Minister Sarah Mitchell said.

“It was in a metal box in a cupboard in a science room.”

Education department deputy secretary Murat Dizdar said the teacher, who was prepping for a science lesson, found two rocks in the box.

Dizdar added it was reported late on Tuesday afternoon and the next morning the Australian Nuclear Science and Technology Organisation (ANSTO) was called to clean the site and collect the material.

The prep room and surrounding labs were closed until ANSTO gave the all-clear.

Dizdar reassured the hearing that the material was found to be a very low level of radioactivity.

“Experts indicated to me in the report that you would have to hold the material in the box in your hands for about 250 hours consecutively to reach the allowable radiation dose limit set by the Australian regulator,” he said.

Dizdar said the department is working with the school to figure out how the substance came to be there.

Mitchell said there should be no cause for concern or alarm for parents or students of the school.

“We need to be very clear there is no misinformation that comes through this committee process, ANSTO have confirmed no harm was posed to staff or students,” she said.

“It has been handed appropriately.”

The hearing also heard this is the second incident where radioactive substances have been found in schools.

Chief executive of school infrastructure Anthony Manning said the previous incident was when “naturally occurring radioactive sand” was found during the renovation of a school on the NSW north coast. 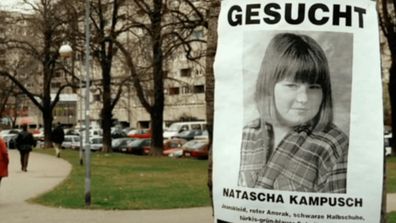