More than 200,000 artifacts dating back to 1827 have been discovered by archeologists during the dig around Centre Block on Parliament Hill.

The excavation of Barrack Hill, a military outpost that included three barracks, a jail, stable, cookhouse and guardhouse situated on what is now Parliament Hill, began in the spring of 2019. The military outpost was created by Lt. Col. John By in 1827, and used until 1858, by British soldiers building the Rideau Canal.

“This collection is what the basic soldiers had,” said Stephen Jarrett, the archeologic lead for the Centre Block Renovation. “It’s very interesting to see what they have the economic ability to purchase.”

The vintage finds include a largely intact, white and blue chamber pot, coins from the early 1800s, buttons from British military uniforms, dice, a wine bottle, gin bottle, remnants of leather shoe soles, as well as numerous plates for both adults and children. Jarrett said the artifacts provide insight into what life was like and the level of economic prosperity the soldiers must have had in order to buy alcohol and children’s toys.

“It gives them a personal connection in time to us,” Jarrett said.

Some of the artifacts, including the glass bottles and dinner wear, are in better condition than others for one reason: the privies. Without modern day plumbing, people in the early to mid-1800s disposed of organic and non-organic material by tossing it in the outhouses. Jarrett said for the most part the work to recover those items wasn’t too bad, though he said one former outhouse was still “moist.” 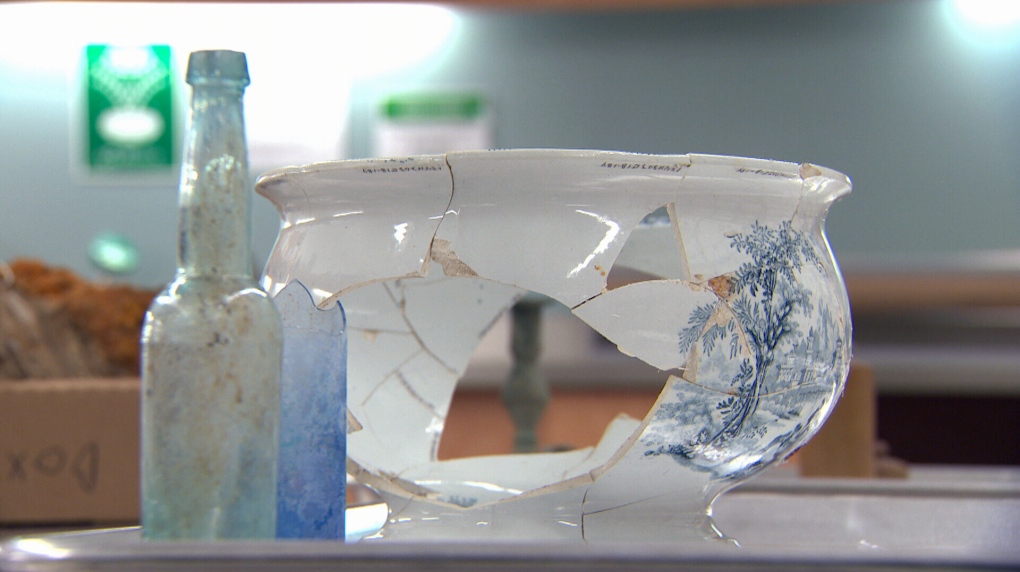 “The context of the privy allows for the survival of inorganic remains like clothes and leather,” he said, adding that the disposal of ceramics and other breakable items in this manner helps to ensure they are not trampled. “They survive better.”

Though not surprising, Jarrett said the discovery of more than 200,000 artifacts is a record for him. 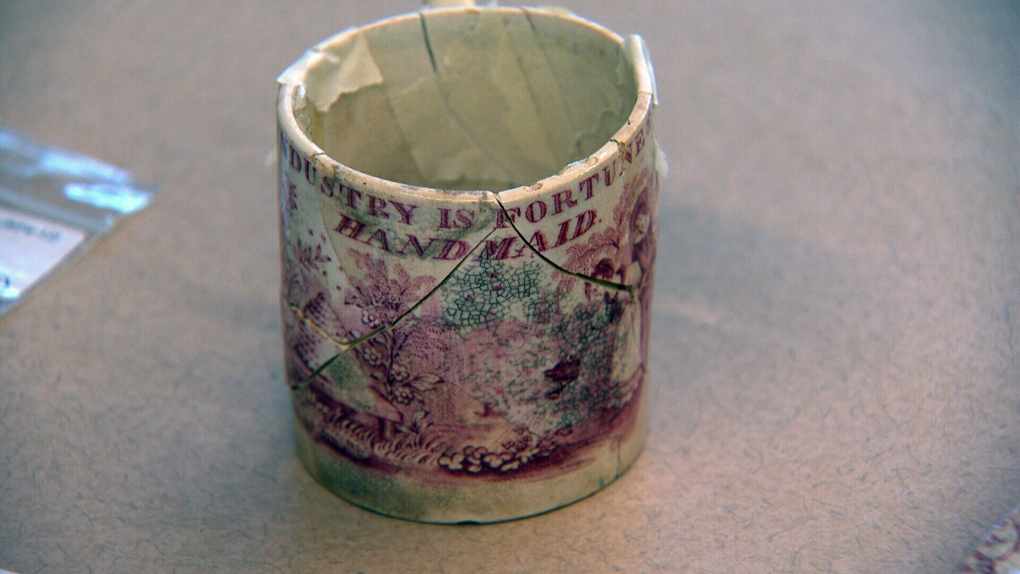 A pink kid’s cup, held together with tape, was discovered on the site of Barrack Hill. (CTV National News)

“It’s less about what they have found, but about what we found tells us about how the military people used the site and lived on the site,” Jarrett said. Barrack Hill was built to house about 150 soldiers and their families.

What happens to the artifacts now that they have been cleaned, glued back together and catalogued remains to be seen. 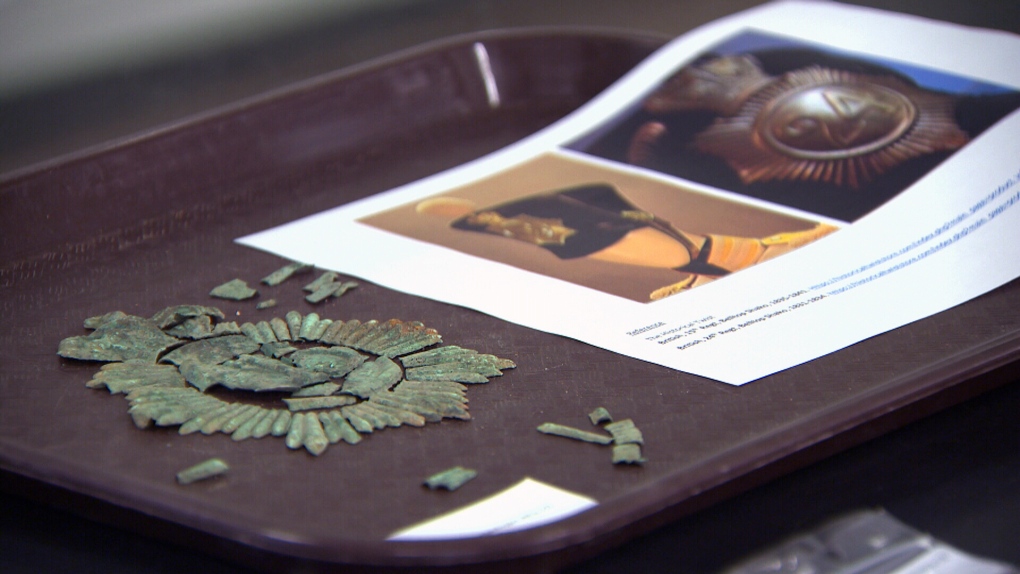 A copper military insignia rests on what appears to be a plastic kitchen tray. The image of what it would have looked like is displayed beside the artifact. (CTV National News)