One of the challenges for parents in today’s ever-connected digital world is the simple question of when to get your kids their first phone?
A new smartphone aimed just at this market has launched at just $249.

The Open Mobile SmartKids Phone looks like any other smartphone.

It has a vibrant 5.5 inch colour screen, the same operating system as more than half of all other smartphones, and the capability to install and run all the apps compatible with the Google Play Store.

What’s different here is that this smartphone has no cameras, and has software allowing for parental control that makes it perfectly suitable for a child as their first phone.

With no camera, there’s no risk to kids taking photos that may be shared online, and it sets a path for a conversation for parents around what the responsible use of a camera looks like when those kids progress to their next smartphone after the Opel Mobile SmartKids device.

The real power of this device is the control that parents are given via the Open SmartKids Guardian app.

Installed on the parents phone, this app allows the guardian to set several restrictions on the device. Firstly, location. 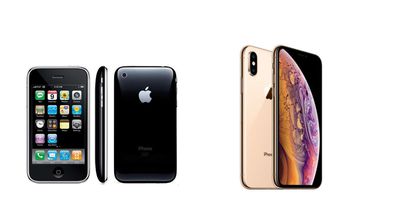 Using a “GeoFence” you can draw a line around a location, such as a park, school, or home and as a guardian get notification on your phone when the child enters or leaves those locations.

Secondly, you can establish a “whitelist” of contacts who can be called from this phone.

At the same time, only those in the whitelist can call the child on the phone, meaning you can restrict all contact to just a select few – a list controlled by the parents.

Critically, you are also able to control which apps are enabled on the phone, and which ones can be used.

This includes the amount of time per day which the apps can be used.

This simple screen-time feature means you can happily allow your kids to access YouTube for example, but know that it will be limited to as little as 30 mins as you choose.

Like-for-like when comparing the specs of this device, the $249 price tag might seem high, however it’s really what this phone offers from a software perspective that makes “digital parenting” a really simple process unlike anything I’ve seen before.

While there are many smartwatches for kids, which I would argue are perfect at ages 6-11, once children reach double-digits in age, they are going to want for a smartphone – it’s quite logical.

The Open Mobile SmartKids is a perfect first smartphone, though the desire for a camera will kick in very early in high school so the life-span of this phone for any child is likely just one or two years.

The Opel Mobile SmartKids phone is available at JB HiFi and the Good Guys for $249, and would require a separate monthly mobile plan to operate.