Funding to develop new vaccines against foot and mouth disease (FMD) and lumpy skin disease has been announced by the New South Wales government.

Deputy Premier Paul Toole said $5.7 million will go to the development of MRNA vaccines for the diseases.

Australia is currently free of the highly contagious FMD but remains on high alert after an outbreak in Indonesia spread to the holiday island of Bali.

Vaccines available today are made using the virus itself, meaning infected animals need to be euthanised when exposed.

“The development of a synthetic MRNA vaccine for foot and mouth disease would be the key to allowing an Australia to apply for FMD-free status without having to destroy vaccinated animals,” Mr Toole told the NSW Biosecurity Conference in Dubbo this week.

By holding this status, and the MRNA vaccine, Australia could also protect vaccinated animals and maintain vital trade.

Toole said there is also no vaccine for lumpy skin disease, which is spread by mosquitoes and can kill cattle.

“Having these two MRNA vaccines in our arsenal, should these diseases reach our shores, would give us a clear edge on the world stage,” he said.

“It would be a game changer for our farmers.”

The funding for the vaccines was part of a $65 million NSW government commitment to boost the state’s biosecurity defences.

FMD is particularly dangerous for younger animals, and can lead to significant production losses.

However, infected animals would be humanely destroyed to prevent further spread.

This was seen in the United Kingdom in 2001. 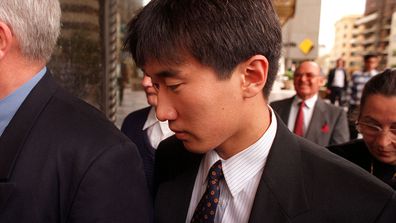 What became of Sydney man who fired gun at Prince Charles