Nine has posted a net profit of $315 million for the 2022 financial year, announcing a record fully franked dividend of 14 cents per share.

The media giant, the publisher of this website, recorded a 15 per per cent lift in revenue to $2.7 billion and a 35 per cent year-on-year in net profit of $373.5 million, which does not include a post-tax specific item of $58 million.

Nine’s Chairman Peter Costello described the results as a “record year” for the company, emphasising that the long-term strategy to capitalise on its digital assets was paying off. 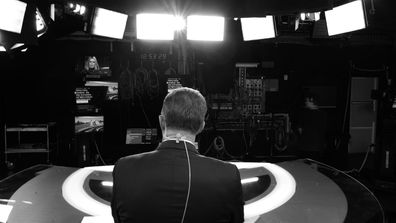 End of an era: Channel Nine’s final days at Willoughby

“2022 has been a record year for Nine, on many levels. From a profit perspective, we have reported the highest ever Group EBITDA as well as Total TV and Publishing EBITDA and margin,” he told shareholders.

“At the same time, our ambition to accelerate profitable growth from our digital businesses is being realised, with more than 50 per cent of EBITDA now attributed to our digital expansion, tracking ahead of the long-term targets we have previously communicated.

“For our shareholders, from our FY22 profit, we have also paid or announced a record, fully franked dividend of 14 cents per share.”

“Across Nine, our team has remained focused on the things that matter most,” he said.

“We have continued to make key programming decisions, through the Total Television lens, across broadcast and streaming, and this has resulted in growth in revenue and profitability, and audiences across a number of our key programs.”

Earnings from the group’s digital properties, which include Stan, 9Now, Domain and several online mastheads, now account for more than 50 per cent of Nine’s total earnings.

For the financial year, Nine’s television business was named the number one network and primary channel in all key demographics, attracting a commercial network share of 38.4 per cent.

Stan grew its subscriber base by 6 per cent to more than 2.5 million users, lifting revenue by 22 per cent as the service diversifies to include more live sport.

Sneesby said he expects the advertising market to “soften”, but believes Nine’s current financial position will allow the business to capitalise on “broader economic factors”.

“Nine’s strong competitive position and balance sheet stands us in good stead. We have successfully diversified our earnings base with more than 30 per cent of our revenue now from subscription and licensing,” he said.

“We expect any market softness will create opportunities for Nine to further strengthen its position as Australia’s Media Company.”