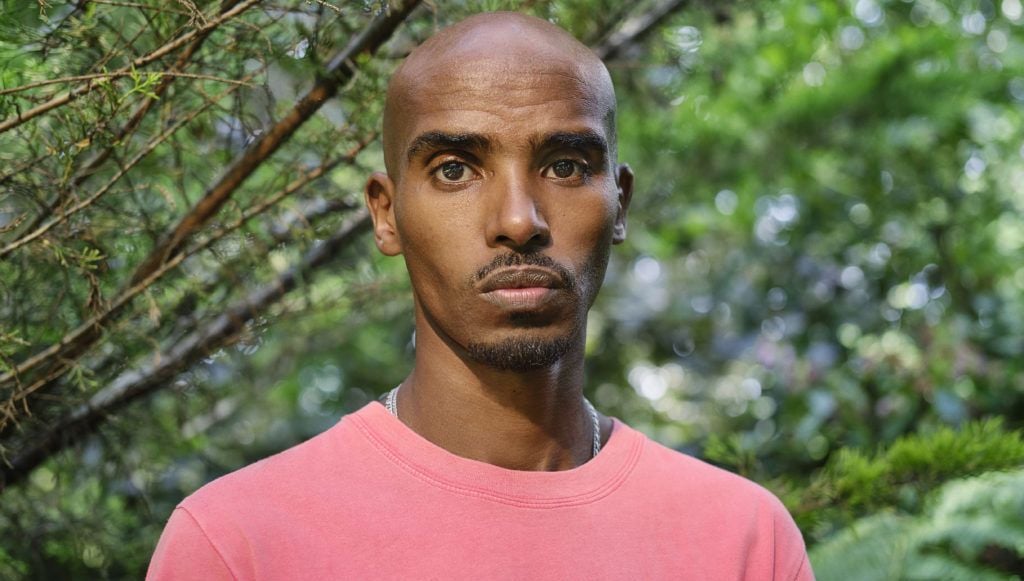 Sir Mo Farah says he is “really proud” of a new BBC documentary in which he has revealed he was brought into the UK illegally under the name of another child.

The four-time Olympic champion said the film, titled The Real Mo Farah, enabled him to “address and learn more” about his past and journey to Britain.

Speaking in the documentary, he said “the truth is I’m not who you think I am,” adding he needs to tell his real story “whatever the cost”.

The father-of-four, 39, said: “Most people know me as Mo Farah but it’s not my name or it’s not the reality.

“The real story is I was born in Somaliland, north of Somalia, as Hussein Abdi Kahin. Despite what I’ve said in the past, my parents never lived in the UK.

“When I was four my dad was killed in the civil war, you know as a family we were torn apart.

“I was separated from my mother, and I was brought into the UK illegally under the name of another child called Mohamed Farah.”

Sir Mo, who became the first British track and field athlete to win four Olympic gold medals, said his children have motivated him to be truthful about his past.

“Family means everything to me and you know, as a parent, you always teach your kids to be honest, but I feel like I’ve always had that private thing where I could never be me and tell what’s really happened.

Through this documentary I have been able to address and learn more about what happened in my childhood and how I came to the UK. I’m really proud of it and hope you will tune into @BBC at 9pm on Weds to watch. pic.twitter.com/rqZe41gFm8

“I’ve been keeping it for so long, it’s been difficult because you don’t want to face it and often my kids ask questions, ‘Dad, how come this?’ And you’ve always got an answer for everything, but you haven’t got an answer for that.

“That’s the main reason in telling my story because I want to feel normal and… don’t feel like you’re holding on to something.”

Sir Mo’s wife Tania Farah said in the year leading up to their 2010 wedding she realised “there was lots of missing pieces to his story” but she eventually “wore him down with the questioning” and he told the truth.

During the documentary, Sir Mo said he thought he was going to Europe to live with relatives and recalled going through a UK passport check under the guise of Mohamed at the age of nine.

He said: “I had all the contact details for my relative and once we got to her house, the lady took it off me and right in front of me ripped them up and put it in the bin and at that moment I knew I was in trouble.”

The athlete travelled back to his childhood home in Hounslow recalling “not great memories” where he was not treated as part of the family.

“If I wanted food in my mouth my job was to look after those kids, shower them, cook for them, clean for them, and she said, ‘If you ever want to see your family again, don’t say anything. If you say anything, they will take you away.’

“So she told (me) ‘you don’t talk about anything’ otherwise I was in big trouble and I guess for me the only things that I could do, (that was) in my control was to run away from this was get out and run,” he said.

Sir Mo eventually told his PE teacher Alan Watkinson the truth and moved to live with his friend’s mum, Kinsi, who “really took great care” of him and he ended up staying for seven years.

It was Mr Watkinson who applied for Sir Mo’s British citizenship – which he described as a “long process” – and on July 25 2000 Sir Mo was recognised as a British citizen.

Sir Mo, who named his son Hussein after his real identity, said: “I often think about the other Mohamed Farah, the boy whose place I took on that plane and I really hope he’s OK.

“Wherever he is, I carry his name and that could cause problems now for me and my family.

“The important thing is for me to just be able to say ‘look, this is what’s happened’ and just being honest, really.”

In the documentary, a barrister tells Sir Mo that although he was trafficked into the country as a small child and he told the relevant authorities the truth, there is still a “real risk” his British nationality could be taken away as it was obtained by misrepresentations.

But it is understood the UK’s Home Office will not be taking any action against Sir Mo and he will not be deprived of his citizenship.

The department’s guidance makes clear it assumes a child is not complicit in gaining citizenship by deception, stating: “If the person was a child at the time the fraud, false representation or concealment of material fact was perpetrated (that led to citizenship), the caseworker should assume that they were not complicit in any deception by their parent or guardian.”

Speaking to his wife, Sir Mo said: “I don’t think I was ever ready to say anything – not because you want to lie, but because you’re protecting yourself.

“(I) think you only realise later on down the line it’s OK to let things out and say how it happened.

“But in this, I think you know I was trafficked and that’s what it feels like.”

The documentary ends with Sir Mo speaking to the real Mohamed Farah whose identity he took entering the UK, before adding Sir Mo will continue to go by the name he was given when he entered the UK.

This is incredible bravery. Unimaginable what @Mo_Farah has been through. Child trafficking is the worst of crimes. His courage & strength in speaking out must be an urgent spur for much stronger action to help all those affected & to stop this terrible crime. https://t.co/0Gzw0QX9i3

Following the announcement of the documentary, Sir Mo tweeted: “Through this documentary I have been able to address and learn more about what happened in my childhood and how I came to the UK.

“I’m really proud of it and hope you will tune into @BBC at 9pm on Weds to watch.”

Celebrities including Judi Love and David Baddiel were among those to voice their support for the athlete, describing him as a “hero” who has made people “proud to be British”.

“Unimaginable what @Mo_Farah has been through. Child trafficking is the worst of crimes.

“His courage & strength in speaking out must be an urgent spur for much stronger action to help all those affected & to stop this terrible crime.”

Lisa Nandy, shadow secretary of state for levelling up, said the athlete’s decision to speak out could be a “gamechanger”.

“I spent a decade working with children who were trafficked to the UK and everything about this is heartbreaking,” she wrote.

You just never know what someone is carrying. @Mo_Farah ❤️ https://t.co/XWObKGBZAe

“But it could also be a gamechanger so thank you @Mo_Farah for having the courage to speak out.”

Comedian and presenter Love added: “You just never know what someone is carrying.”

The Real Mo Farah will air at 6am on BBC iPlayer and 9pm on BBC One on July 13.