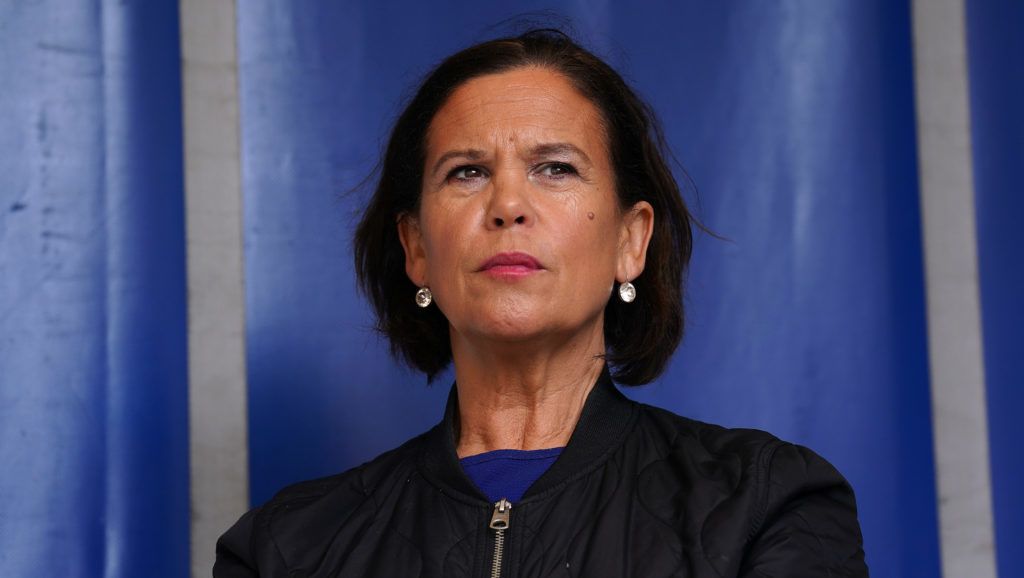 Sinn Féin leader Mary Lou McDonald has said politicians must “stand up and be counted” ahead of a no-confidence vote on Tuesday.

Ms McDonald said it was the opposition’s duty to call out the Government, insisting the Coalition is “out of time”.

Her comments come after the Government lost its formal majority earlier this week, when Donegal TD Joe McHugh voted against a bill on the Mica Redress Scheme, promoting Sinn Féin to bring the no-confidence motion.

“It’s now a decisive moment. People need to decide what they are going to do,” Ms McDonald told Newstalk.

“I think it’s a choice between, on the one hand saying ‘this is a successful Government who should carry on’ – which to me is unthinkable – or, ‘this is clearly shambolic and they are out of time’.”

Approaching the vote, focus has shifted to Independent TDs and whether or not they will vote in favour of the Government.

However, some coalition party members may also be debating their stance, with suspended Green Party TD Neasa Hourigan saying she remains undecided ahead of Tuesday’s vote.

Ms Hourigan lost the party whip in May, alongside Patrick Costello, after they both voted against the Coalition on an issue related to the relocation of the National Maternity Hospital.

Earlier on Sunday, Ms Hourigan said Government whips had not yet been in contact with her about the confidence vote, adding that she would appreciate some communication as to what is expected of a suspended TD in such circumstances.

Labour, the Social Democrats, People Before Profit/Solidarity, the Rural Independents and Aontú are all set to support the Sinn Féin motion.