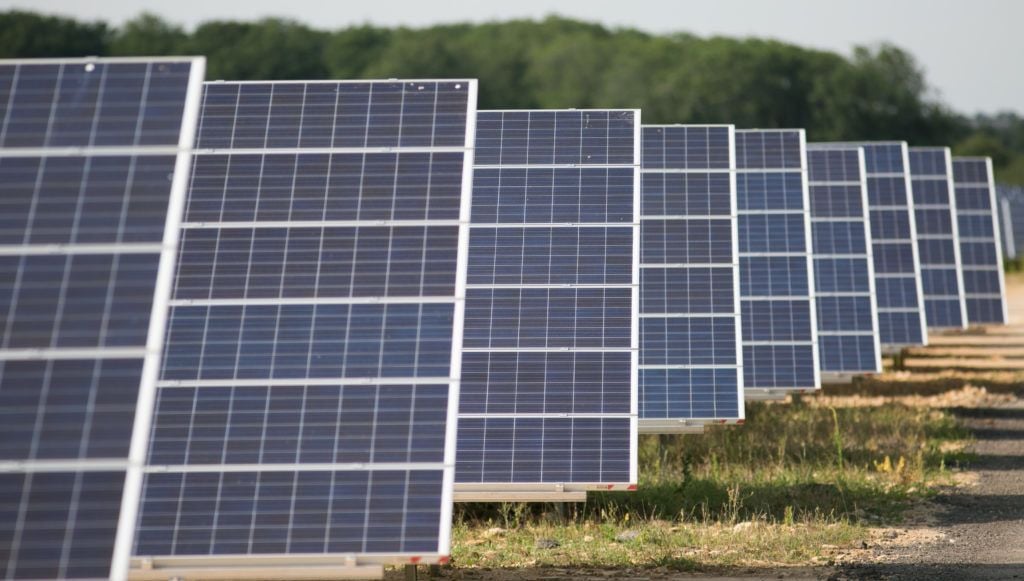 An increased grant will look to incentivise the installation of solar panels as part of the State’s efforts to cut carbon emissions, allowing farmers to sell electricity back to the national grid for the first time.

As reported by the Irish Examiner, Minister for Agriculture Charlie McConalogue is expected to announce the plans, encouraging farmers to install solar panels on the roofs of farm buildings.

The grant would cover a significant portion of the cost of installing the panels, while also opening up a new revenue stream for farmers.

The current grant, offered under the target modernisation scheme (Tams) covers just 40 per cent of installation costs, however, it is thought that Mr McConalogue will inform the European Commission of his intention to increase that figure to 60 per cent, as it would first need to be green-lit by the EU.

Explained: Where does Ireland get its energy from?

The move would also scrap current rules which do not allow for electricity to be sold back to the national grid, a change which could potentially add enough energy to power over 500,000 homes, according to the Micro-Renewable Energy Federation.

Mr McConalogue said there are “thousands of shed roofs which are prime locations for solar panels”, adding that farmers are “better placed than anyone” to capitalise on the Government’s plans to increase Ireland’s energy supply from renewable sources.

“I want every farmer that wants to install solar panels on their farm to be able to generate income as well as being able to play a pivotal role in supporting our drive for renewable energy usage,” the Minister said.

“Ultimately, this will be good for the environment and good for farmers’ pockets,” he added.