Contracting COVID-19 radically changed Tracey Thompson’s life. It’s been more than two years since the initial infection, but her symptoms still dictate her days, leaving her with heavy-weighted fatigue, robbing her of energy and her ability to work.

Thompson, a Toronto resident in her 50s, says the enduring illness and lack of substantive financial support has led her to begin the process of applying for Medical Assistance in Dying (MAiD), a procedure that first became legal in Canada in 2016.

After 26 months of lost income since the onset of symptoms, no foreseeable ability to work and an absence of support, Thompson said she expects to run out of money in about five months.

“My choices are basically to die slowly and painfully, or quickly. Those are the options that are left,” she said.

In addition to severe fatigue, Thompson lists a number of symptoms she’s developed from long COVID: she can no longer read books or text longer than a Tweet. Her vision usually begins to blur around sunset. It’s difficult for her to digest food. Her taste and smell has been altered. Some days, the oxygen exchange in her lungs is compromised, making it difficult to breathe. Scars mark her heart from the swelling she experienced from myocarditis.

A year after Thompson became ill, MAiD legislation was revised in Canada. Before, only those whose natural death was reasonably foreseeable — otherwise known as Track One patients — were eligible to apply for MAiD. For instance, patients with terminal illnesses.

The legislation amended in March 2021 has seen the creation of a Track Two patient. Now, a Canadian enduring an “intolerable” and “irreversible” illness, disease or disability who may not be near the natural end of their lives can qualify for assisted death as well.

The most recent Health Canada data shows that 7,595 Canadians chose medically assisted deaths in 2020 – accounting for 2.5 per cent of the country’s deaths. This marks a more than 34 per cent increase over the previous year.

However, in 2020, only patients who had a reasonably foreseeable death were eligible for MAiD. Since then, the potential pool of applicants has substantially grown.

Before Thompson contracted COVID-19, she worked as a chef in Toronto.

Her job consisted of long hours crammed with quick decisions and physical exertion. Now, she says deciding whether to stand up and fill a glass with water can bring her day to a standstill.

“From being able-bodied and employed to basically bedbound. I can’t get up on average for 20-plus hours. I have very little capacity to expend the energy physically, mentally and emotionally, so I try to stay home all the time,” she said.

It’s not that Thompson wants to die. In fact, she still treasures the little bursts of joys in life.

Yet, a world in which Thompson cannot access an income is not one she thinks she’ll survive.

“I don’t relish the idea of suffering for months to come to the same conclusion. When support is not coming, things aren’t going to change,” she said.

“It seems irrational to put myself through that just to die in the end.”

Since Thompson’s illness is not clearly outlined in the Ontario Disability Support Program (ODSP) eligibility, which currently grants a single applicant a maximum amount of $1,169 a month, she believes it could take years to qualify – something that many Ontarians who’ve applied to the program say is not uncommon. Even if Thompson did qualify, she says the whole sum of the monthly support would, at best, cover her rent.

“That would be the entirety of my living budget,” she said.

So far, Thompson has sought one doctor’s approval for MAiD and is waiting to hear back from a second specialist. To be considered, an applicant needs two independent doctors or nurse practitioners to confirm they meet the criteria. That goes alongside a written request for MAiD signed by the person who is applying for it.

The applicant has up until the moment before the procedure to withdraw consent. Ultimately, once criteria is reached, the decision is in their hands.

While Thompson is still working through the necessary steps, she’s confident she’ll get approval.

“As best I know, I would meet the criteria. I’m very ill.”

“There is no treatment. There is no cure. You don’t have to be terminally ill,” she said.

While Thompson is currently eligible for MAiD, there is a new cohort of Canadians who will be able to apply in a matter of months.

Beginning on March 17, 2023, applicants with a mental illness as their sole underlying medical condition will qualify for MAiD in Canada.

Mitchell Tremblay has already penned his letter for consideration. 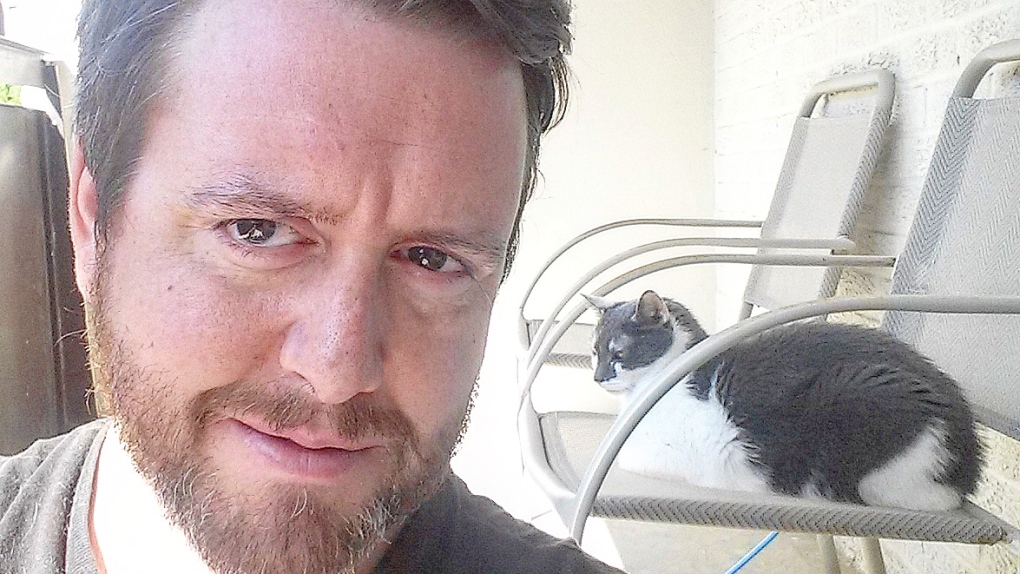 Mitchell Tremblay has written his letter of request for a medically assisted death (Supplied). “Since I was 18, I’ve been in the system,” Tremblay, now 39, told CTV News Toronto. “I have never had roots. I have never had a chance to heal.”

At 17, he received a number of mental health diagnoses, including post-traumatic stress disorder (PTSD) generalized anxiety and a major depressive disorder.

The following year, a couple days before his eighteenth birthday, his parents kicked him out of the house.

“My parents didn’t believe any of it,” he said. “If the help had been there, I would’ve had a completely different life.”

For nearly 15 years, Tremblay has been on ODSP. At the start, he said the approximate $1,000 was just enough to live on. With an incremental change since then, he said he’s barely able to survive.

“I’m basically living on the same amount since 2008,” he said. “I’ve gone homeless so many times I can’t keep track.”

Looking back, Tremblay said if he’d had financial and emotional support, even just 10 years ago, he could have had an “absolutely different life.”

Dr. Naheed Dosani, a Toronto palliative care doctor and health equity lead at Kensington Health, said many people who are choosing to pursue MAiD following the recent revision are doing so to alleviate their suffering.

But it can be difficult to dissect the root of suffering, he says.

“One of the things that becomes very difficult to tease out is when suffering is related to the fact people don’t have housing or food and how that is so difficult to separate from suffering related to a medical condition,” he said.

“My worry is that we are creating a situation where it is easier for people to choose death by MAiD than to choose to live well, because society is not offering them adequate access to money, housing, food security and social support,” Dosani added.

Lack of affordable housing and financial support do not alone qualify a patient for an assisted death, but Dr. Stefanie Green, a MAiD practitioner in Victoria, B.C., said such complexities may contribute to a person’s suffering.

“Suffering is one of the elements required for eligibility for MAiD, so it’s impossible to discount these issues when assessing someone,” she said.

As a MAiD practitioner, Green said it’s part of her job to evaluate the issues contributing to a person’s suffering and strive to seek out, inform and make available the limited resources that do exist.

“Our health system is woefully inadequate in serving our population with these resources,” Green said. “But I do not think we can hold these patients hostage.”

There are circumstances where an assisted death is appropriate, said Dr. Harriette Van Spall, a physician in Hamilton, Ont. involved in MAiD research. “But when related to socio economic status, living conditions, loneliness or control of symptoms that can be cared for, it is quite tragic for people to have to choose MAiD,” she said.

Van Spall said part of the problem is that society has become transactional to the point that we view some lives as more valuable than others.

“We have to be careful we don’t apply laws that inadvertently help people terminate their lives because they don’t feel valued or respected or that they belong,” she said.

As Thompson takes steps towards an assisted death, she says she’s mindful of the way MAiD and access to assisted death intersects with marginalized groups in society.

“The government as a body is telling people that they’re willing to assist them to death because they don’t have enough money to live with dignity. That is a pretty clear signal to me that, unless you are able-bodied enough or able-minded enough to work to produce profit, then you don’t have any place here,” Thompson said.

“That seems really clear to me.”