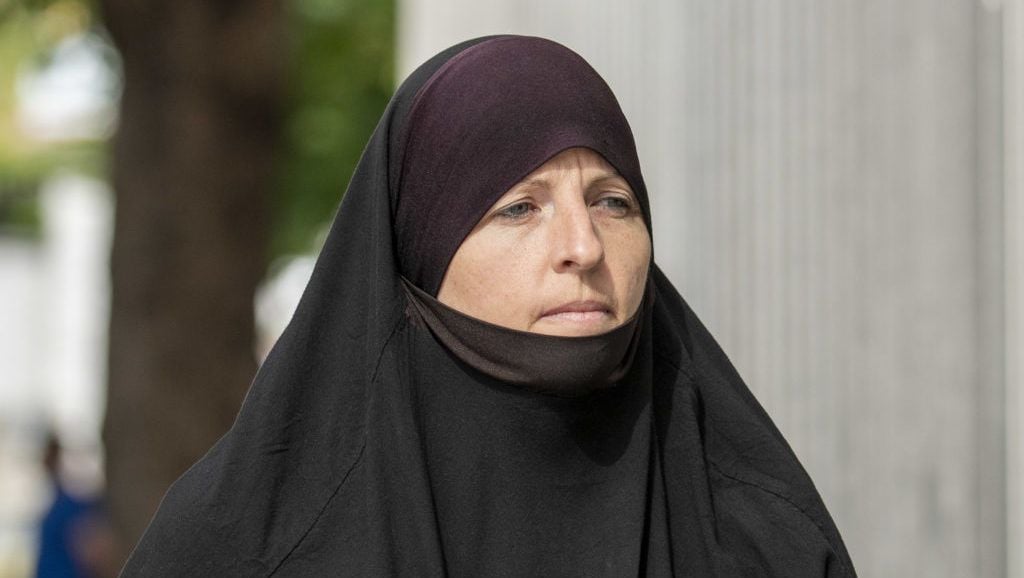 Lawyers for former soldier Lisa Smith, who travelled to Syria to join Isis in 2014, have asked that before imposing sentence, the Special Criminal Court should consider her young child and the “appalling” conditions they suffered while in Syria.

Michael O’Higgins SC, for Smith, asked the court not to send his client to prison. Counsel referred to four psychological reports that found her to be “damaged” and “vulnerable” and he said she became attracted to the Islamic State due to her “very limited resources and significant burdens that other people from her peer group would not have had.”

He said that Ms Smith already served a custodial sentence in Syria when she was held in the Al-Hawl and Ain Issa camps while she waited to be sent home to Ireland. He referred to evidence that members of Isis staying in those camps would impose cruel punishments including murder on anyone they deemed to have committed an offence.

Mr O’Higgins said: “The conditions in that camp were absolutely appalling and must have been extremely frightening for anybody, particularly a mother with a small child.” He also asked the court to consider that Ms Smith has lived with a 13-hour daily curfew as part of her bail conditions since 2019.

Combining the time she spent in Syrian camps and under curfew, counsel said she has already served about four years.

The maximum sentence for the offence of membership of a terrorist organisation is eight years. Mr O’Higgins said Abu Bakr al-Baghdadi, the terrorist leader of Isis, would therefore serve only eight years on conviction for the same offence.

There is, he said, “maximum daylight” between al-Baghdadi and Ms Smith whose offending the court has already accepted is at the lower end of the scale. There is no suggestion that Ms Smith engaged in military operations while in Syria and she has stated that she spent most of her time at home cooking and cleaning for her abusive husband.

Mr Justice Tony Hunt, presiding at the three-judge, non-jury court, adjourned sentencing until July 22. He allowed Ms Smith to remain on bail but said “no false comfort” should be taken from that. He said the court has a lot to consider, and the case is a “novel” one.

Smith (40) from Dundalk, Co Louth had pleaded not guilty to membership of an unlawful terrorist group, Islamic State, between October 28th, 2015 and December 1st, 2019.

The mum-of-one was convicted of Isis membership following a trial at the three-judge, non-jury Special Criminal Court earlier this year. The court rejected her claim that she had gone to the Islamic State simply out of a sense of religious obligation and for the innocent purpose of living under Sharia law and raising a family in a Muslim state.

In several garda interviews Smith claimed she believed she had a religious obligation to travel to Isis territory when then terrorist leader Abu-Bakr al-Baghdadi called on all Muslims to join his caliphate in Syria and Iraq.

She said that she believed she would burn for eternity in the fires of hell if she failed to live up to this religious obligation.

In the judgment delivered in May, Mr Justice Hunt noted that religion is “irrelevant to membership of Isis” as criminal activity cannot be justified by religious obligation. He said that a person would not gain immunity for arson, assault or murder because he believed he had a religious obligation to persecute witches.

Mr Justice Hunt said the prosecution had established beyond reasonable doubt that Smith’s “eyes were wide open” when she travelled to Syria and pledged allegiance to the organisation led by al-Baghdadi.

He said her reasons for going to Syria were “grounded in allegiance to or agreement with the views espoused by Abu Bakr al-Baghdadi.”

He said there was no “benign” explanation for her travel and no alternative Islamic State that she could have been traveling to. He rejected claims that she was naive or that she was unaware of what Isis was doing and said she “knew full well she was not simply adhering to life under Sharia law”.

The court heard that before travelling Smith watched videos of Isis atrocities including the burning alive of a Jordanian pilot and footage of men in cages being drowned or fired at with rockets.

Her communications with other jihadis about those videos showed that her “eyes were wide open to the situation in the land to which she fervently wished to return,” Mr Justice Hunt said.

Her views, the court said, were grounded on allegiance to Isis and the views espoused by Al-Baghdadi “and his ilk” and not in any valid religious call.

The court found Smith not guilty of a second charge of funding terrorism, saying that it is reasonably possible that she sent €800 to Isis fighter and propagandist John Georgelas in May 2015 for his personal use or for “humanitarian reasons”, after he had been injured during fighting in Syria.