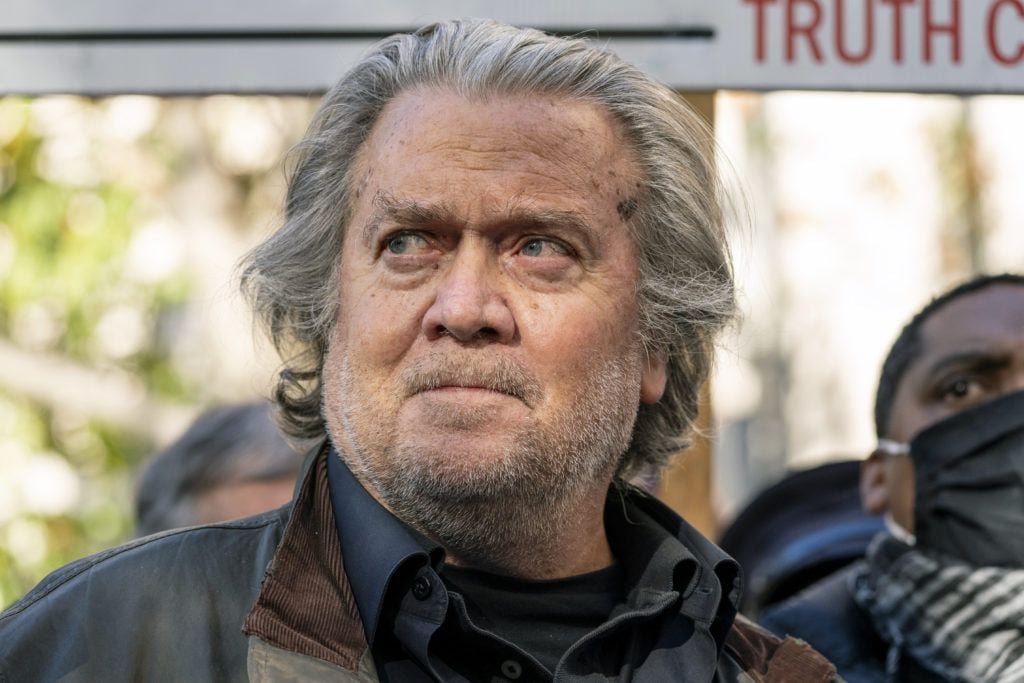 Former Trump White House strategist Steve Bannon, who faces criminal charges for defying a congressional subpoena, has told a House committee investigating the attack on the US Capitol that he is willing to testify.

Politicans say Mr Bannon’s shift in position was conveyed in a letter late on Saturday from his lawyer. It comes as the committee prepares to air some of its most striking revelations yet this week against Donald Trump in what may be its final set of hearings.

Mr Bannon had been one of the highest-profile Trump-allied holdouts in refusing to testify before the committee, leading to two criminal counts of contempt of Congress last year for resisting the committee’s subpoena.

He has argued that his testimony is protected by Mr Trump’s claim of executive privilege. The committee contends such a claim is dubious because Mr Trump had fired Mr Bannon from the White House in 2017 and Mr Bannon was thus a private citizen when he was consulting with the then-president in the run-up to the riot on January 6 2021.

Still, in recent days, as the former president grew frustrated with what he decried as a one-sided presentation by the committee of seven Democrats and two Republicans, Mr Trump said he would waive that privilege claim, according to a letter to Mr Bannon’s lawyer.

The former president wrote: “If you reach an agreement on a time and place for your testimony, I will waive executive privilege for you, which allows for you to go in and testify truthfully and fairly, as per the request of the unselect committee of political thugs and hacks.”

The committee’s Thursday evening hearing will examine the three-hour-plus stretch when Mr Trump failed to act as a mob of supporters stormed the Capitol. It will be the first hearing in prime time since the June 9 debut that was viewed by 20 million people.

A hearing on Tuesday will focus on the plotting and planning of the insurrection by white nationalist groups such as the Proud Boys, the Oath Keepers and the Three Percenters, and will also highlight testimony taken on Friday from former White House counsel Pat Cipollone.

It comes after surprise testimony last month from former Trump White House aide Cassidy Hutchinson provided the most compelling evidence yet that Mr Trump could be linked to a federal crime. Since then, the committee has seen an influx of new information and confidential tips.

The committee says it wants to hear from Mr Bannon because he “had specific knowledge about the events planned for January 6 before they occurred”.

He added: “All hell is going to break loose tomorrow. … So many people said, ‘Man, if I was in a revolution, I would be in Washington’. Well, this is your time in history.”

House investigators have been digging deeper into the evidence collected so far about the role extremist groups played in the deadly insurrection and what Mr Trump was doing as the violence ensued down the street from the White House.