Lifting the veil on “New Zealand’s secret cult” and its apparent fall from utopian ideal to Animal Farm-esque nightmare, this enlightening, heartrending, rage-inducing documentary follows former members as they battle for justice – and reform – from the outside.

Siblings John Ready and Virginia Courage reveal what life was like inside the West Coast “Christian Community” and how their respective banishment and escape impacted on the family members they left behind, as they help compile a series of court actions against what they believe are its abuses of human rights and flouting of labour laws.

While their mother Sharon’s testimony is revelatory, it’s the archival footage and more recent secret audio recordings that really resonate – and shock.

Originally founded near Rangiora in North Canterbury in 1969 by Australian evangelist Neville Cooper (later known as Hopeful Christian), who wanted to see the gospel practised, as well as preached, as historical footage here shows, it initially attracted people from all over the country keen to “forsake all to follow the teachings of Jesus”.

In the early days, members wore their own choice of clothes, earned and controlled their own money and families lived in separate houses. Striving for innovation and self-sufficiency, in the early 1970s, the community was among the first to use biogas and conduct home births. Standardised clothing came in around the late 80s and – in 1991 – they purchased a 917ha property bordered by the Haupiri River and Lake Haupiri, naming it Gloria-vale in honour of Cooper’s late wife.

But as the now exiled brother and sister recount, it was only as they got older that what they thought were “happy carefree days” were actually a part of them being “kidded into thinking” that the leaders’ dream “was your dream too”.

“You were taught to be quiet, taught to obey – that you can’t trust your own ideas and you shouldn’t question leaders that are speaking for God. Then you see them acting in ways that are not godly. They claim to be New Testament community. I think you’ll find it’s just a people damaging machine.”

John Ready, in particular, heartbreakingly details how he has been separated from his family, alleging that his wife Purity has been pressured into decrying him as an “evil person”, while secretly leaving him messages (on one occasion, in flour) to convey her true feelings.

Smyth and Grady make great use of the West Coast’s moody visuals to set the scene and tone for what’s to come, but without over-egging any symbolism. Likewise, they pace their story well, ensuring the onscreen testimony is balanced by background and context (although I perhaps would have liked a bit more about the early days before the community’s shift away from North Canterbury).

With the court cases ongoing, one of the documentary team’s biggest challenges must have been deciding where to stop their story. A late May apology by leaders for failing to prevent and protect victims of abuse and denouncement of any and all offending that has occurred at Gloriavale, as well as a recent court declaration that workers in Gloriavale’s many businesses are “employees” and not “volunteers” (and thus governed and protected by our country’s labour laws) does at least seem like a potentially significant moment.

Clearly designed as a clarion call for the public to pressure the government to do something about what many believe is a blight on our reputation as a progressive nation (“600 people living as slaves,” as more than one interviewee here describes it), Gloriavale, at the very least, is likely to raise the consciousness (and hackles) of those who view it – and promote seemingly long-overdue conversations.

This story first appeared on Stuff and is republished here with permission. 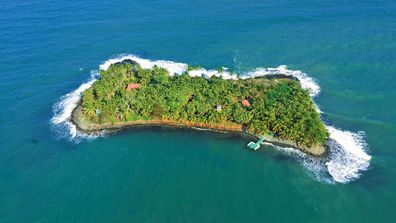 Private Caribbean island costs as much as a Sydney flat