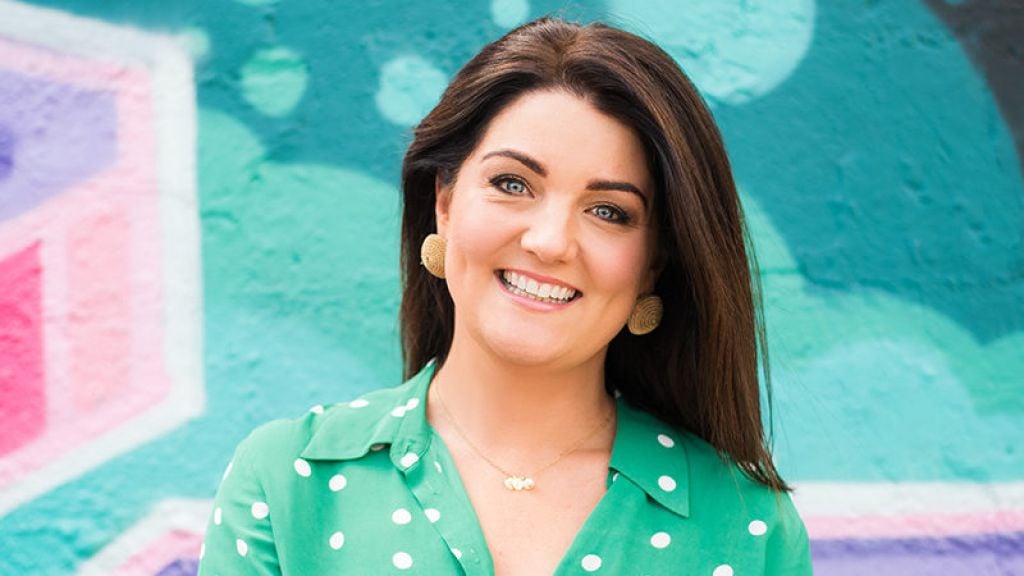 The phrase “is fearr Gaeilge briste, ná Béarla cliste,” translates into English as “broken Irish is better than clever English.” It calls on people to preserve the Irish language, whether you are fluent or have a cúpla focail.

For Loretta Gavin, who runs creative digital agency Lorg Media in Galway, the Irish language is central to her working day.

“I would say 70 per cent of my day is spent speaking Irish with our team at our offices in Eglinton House, Galway.

“We have a good solid mix of clients in the arts and culture sphere, where Irish is the language of their organisation or business. When I come home I speak Irish with my girls Rúbaí and Sophia and my Mayo man has more Irish now that when I met him.”

In terms of a ‘typical’ work day there isn’t really one but “On any given day I could be planning a campaign with the team to looking over advert results, to coming up with an idea for a TikTok..”

“I could be on a photo shoot that might take us anywhere in the country, to doing more admin work like invoicing or working through projects on Asana, our project management tool.

In terms of some of the projects they work on, it ranges from things like the Festival of Medical Curiosity, Fleadh Cheoil na hÉireann with TG4 to promoting Culture Night to helping companies like The Hair Vitamin Company tell their story.

As a former presenter and social media manager with TG4, her clients often stem from her experience.

“As the director of a creative digital marketing agency I need to be agile and able to accept that things change and that days can go a different direction to what has been planned.

“You often hear people say that if you run your own business you are never off and to a point that is true, but I also strongly believe in time off, and it is often on walks by the lake in Maigh Cuilinn that my best ideas come.”

Despite their being no normal day for her, she does have some rituals that she tries to keep to.

“I love to listen to morning Ireland a habit I began when I used to work as a News Director with Nuacht RTÉ/TG4,” she says.

After dropping her two girls off at the local Gaeltacht bunscoil, where they are the fourth generation to attend, she makes her way to the office by around 9:30am.

Even though she constantly has to be ‘on’ she says “I have no notifications on my phone anymore, no what’s app pings, no Twitter DM’s. My phone is for phone calls and yes I have a million apps on there too but none with a push notification.”

In terms of her bedtime, it can be anything from 10:30pm to midnight. She says: “I’m a night owl, but it is work in progress, and I am trying not to burn the midnight oil as much these days.”

Summer is one of their busiest periods and with festivals back in full swing, they are fully booked out for next few months.

“It kicks off with Cúirt, the literary festival, in April and continues on until late September with the International Oyster Festival, The Galway Film Fleadh to The Galway Races and The Galway International Arts Festival in between.”

A big part of their strategy is using social media to spread the Irish language “It might be something as simple as Nollaig Shona Dhaoibh on a social post or making sure our subtitles are bilingual on an Irish language campaign, it’s all about being inclusive and open to all.

“If people are looking to learn though, Foras na Gaeilge offers amazing resources in their free online dictionaries: focal.ie tearma.ie and logainm.ie. You could find me on logainm for hours at a time. I love to know the meaning behind place names.”

One of the things that shines through in their work is their passion for the Irish language and trying to keep it alive.

“I like to play my part in marketing Irish language and culture so that it will be here for generations to come.

“That is what drives so much of what we do at Lorg Media. I’m so passionate about our language and I think the only way to really keep a language alive is to speak it.”

In terms of the next generation, she is hopeful that Irish grows, and more people will be able to speak the language.

“It can seem easier to speak English to 6-year-olds who for some reason believe it is cooler to speak English. It’s about teaching them and others that our language tells us so much about who and what we are. Tá sé ionann uilig ar bhealach éigin-‘it’s in all of us'”.

They recently shot a video documenting the various ways the Irish language is alive and well throughout the island of Ireland.

“The feeling and passion for the Irish language in Belfast or places like Carn Tóchair in Derry, are so very special and give me great hope that the next generation can not only speak Irish, but are fluent,” she says.