The traditionalist sport of golf in Australia is undergoing a quiet revolution, with clubs ditching men and women tees and embracing a gender-neutral colour-based system.

Golf tees – the area from which players hit their first shots at every hole – have for decades been split into separate ones for men, women and competition events.

Teeing grounds for women are placed in front of the ones for men, using the rationale that women generally cannot hit the golf ball as far as men.

Small wooden or plastic blocks highlighting the teeing areas have been painted in colours designating them according to gender.

At many clubs, the men tees are coloured blue, women red and competition black or yellow. Some clubs retain the traditional labels of “gentlemen” and “ladies” tees.

But now the sport’s governing body, Golf Australia, is pushing for the country’s 1603 golf clubs and facilities to scrap their gender rating of tees.

“It’s about matching people up with their ability rather than their gender,” Damien De Bohun, Golf Australia’s general manager clubs and facilities, told 9News.

“What gender a golfer is really should be irrelevant, it should be about your ability.”

Some clubs are now trialing gender-neutral tees, enabling an elite female golfer to play from the furthest one, while a shorter-hitting male can play from the forward tee.

In competitions, players at the start of their round can select which tee to play from, according to their ability. Their score will then be adjusted based on the sport’s handicap system.

Golf Australia says the change to teeing grounds is aimed at widening the sport’s appeal and attracting more women and girls.

“We want to grow the game … but this is not a direction to clubs, we’re asking them to trial it,” De Bohun said.

And they’re hoping it will bringing a greater appreciation of female golfers.

To date, the response from the clubs trialling the new tees has been positive, he says.

It is just the latest step in golf’s bid to shake off a perceived sexist image.

In 2019, the Australian Human Rights Commission ruled against clubs restricting access to their courses for men-only or women-only competitions on certain days of the week.

The same year a female member of Royal Queensland Golf Club in Brisbane won a sexual discrimination case against the club after she was restricted to the days that she could play there. 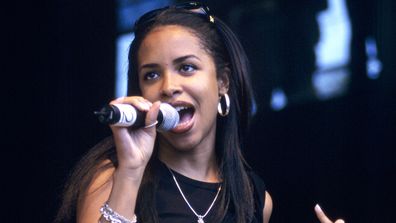